A sample Promotional video of dons footwear available with elevator shoe lifts build in
at May 26, 2009 1 comment:

There has been a few delays with the production, but we just want to get things right for when the new elevator shoes website launches. The correct Styles must be selected the Shoes lifts/ platforms need to perfected and most importantly the Shape of the Last(mold) must the curves in all the right places, We aim to provide the best service to make our elevator shoe website the best place to shop!
at May 24, 2009 No comments:

We are creating a new sole for the classic last, The new shape and curve is currently being re-worked in the Research and development department by Mr Bakong!
at May 23, 2009 No comments: 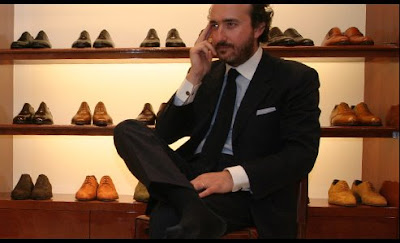 Don's Footwear 2009 offers the best collection of height-enhancing shoes you’ll ever see. When you know orthopedic footwear as well as we do, you can’t help but to share your the experience with others. Don's Footwear boasts over 20 years of shared shoe industry experience. Don's Footwear provides luxury with Italian quality, ideal for the discerning New York clientele who appreciate High-end brands.
at May 13, 2009 2 comments: 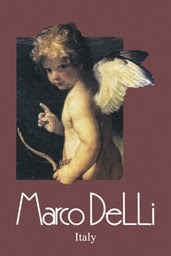 L.A footwear stylist Marco Delli believes the Concept for height increasing shoes is a winner. Marco Has a very potent provider of High end footwear to a long list of A-list celebrities.
at May 13, 2009 No comments:

The well Know company Richlee elevator shoes is now facing fierce competition from Don's Footwear. The market for elevator shoes is expanding and Don's hops to fill the top-end with Full grain leather handmade height increasing shoes for the discerning gentleman.
at May 10, 2009 No comments:

Mischa Bergshoeff, one of the best bespoke bootmakers in the Netherlands

Ducker & Son of UK, now made by Grenson according RJMan.

Guild of Crafts, a Japanese seller and maker of super high end hand-crafted shoes. Retail $3000 to $4000.

Kiton Shoes, click on “production” then “shoes” for shoe making process and click on "lines" then "shoes" for pix of shoes.

Pape, a Parisian maker and retailer.

Schnieder Boots, Royal warrant holder, supplier of equestrian boots to the Royal Household and makers of "Jack Boots" to the Queen's Life-guards and Blues & Royal’s

Koji Suzuki, a Japanese shoemaker, some of the most beautiful shoes I’ve ever seen.

E. Vogel, a shoe and bootmaker (equestrian) in Little Italy/Chinatown.

Armenak, a French retailer of JL, C&J and Santoni

Bennie's Shoes, Chris is a member of ours. Watchout for its upcoming Grenson Masterpiece sale!

Bodileys of Northampton, retailer of C&J and Sargent.

Franco’s, our own Ron Rider

Loding, a French shoemaker, incredible price €130 for a pair of Goodyear welted shoes.

UKism, a Japanese site for fine English clothing including C&J.

Upper, a French retail site. With C&J and Mantellassi.

The Shoemart of Norwalk, CT. The only known Alden seconds outlet in the world. Alden also produces some models exclusively for this store. The site doesn’t list any Alden seconds, you must visit or call the store to purchase Alden seconds. Additional 10% off during their semi-annual sale.

Skyvalet of D.C. carries Edward Green, Alden, Weston and Yanko. The site has many pictures of the shoes the store carries. It is currently clearing its Vass stocks at 20% off.

We want to make this height increasing footwear blog the most helpful, productive blog of its kind. If you have an idea how we can improve our Blog please tell us.
at May 08, 2009 2 comments: 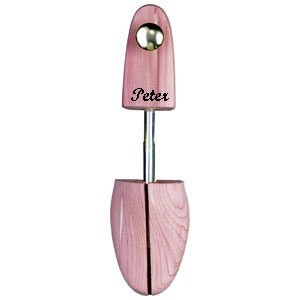 The Best elevator shoes must be worn every other day in order to let the leather rest. after each use place shoe trees in the shoe to prevent creases and to retain the original shape! Its recommended to wear new shoes for a few hours for the first few day!
at May 07, 2009 No comments:

While it may be hard for some of you to believe that spring has sprung – especially those in the Midwest and Northeast, according to the calendar it has and that means it’s time to do a little “spring cleaning.” Do you have some slightly worn shoes that you’re not going to wear anymore? How about all those styles from last year that your not going to wear again this year? If you answered yes to either question listen up!

Email ThisBlogThis!Share to TwitterShare to FacebookShare to Pinterest
Labels: shoes

Our range of shoes are unique in the market place as they are handmade from real leather, are extremely comfortable with a very natural feel. Don's are the real deal in elevator shoes for men - accept no derivatives or cheaper alternatives as quality materials and quality workmanship guarantee a quality product.
This is the principle which we stand by.
at May 06, 2009 No comments: 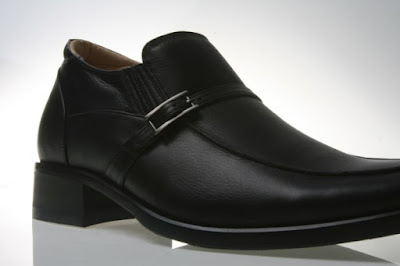 We are currently offering lifetime membership of the Don's organisation for any purchase made in 2009. This presents a unique and straightforward opportunity to become part of the family, yet can also provide all our members with fantastic deals on great quality products.
If you buy a single pair of elevator shoes in 2009 you will automatically attain 'Affiliated' status within the Don's organization, entitling you to an extra 10% discount on any future purchase from TS4M and also emailed updates on any new product lines and special offers. However, every customer who makes a repeat purchase will then have their status upgraded to 'Made Man', which gives a 15 % discount on any future purchase from the TS4M site, yet also provides access to associated family retailers where the Made Man can expect great deals on silk shits, silk ties, socks and suits to complete and tailor their own unique Don's look.
We expect a lot of Made Men this year as we're sure that anyone who buys a pair of Don's won't be able to resist buying another, and anyone with two pairs of Don's in their wardrobe will always be walking tall in every aspect of their lives. A Made Man in every respect. 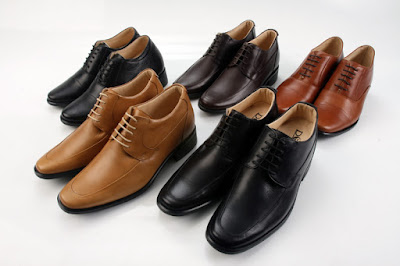 We have now over viewing our range of shoes which is confirmed for production. Currently we have eighteen different styles of elevator shoes, and later a further twenty different styles of normal men's shoes available in cowboy tan, Black, dark brown, and mahogany finishes. These examples will soon be sent to the studio of our photographer who is making detailed pictures of them for use in our upcoming catalogue, and, of course, to be viewed on our established website. With a choice of 25+ developed styles, we believe there is something there for everyone.
Enjoy viewing our array of quality merchandise.

New casual shoe collection on the way for 2022

Its about time that I started work on a newer and better collection of causla shoes, I cant make the athletic shoes as that's a whole di... 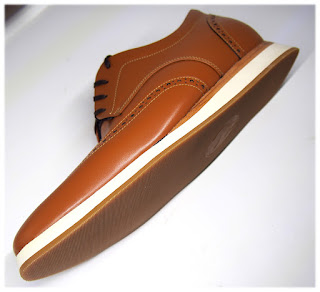